These are made by my friend, Conrad Geyser, a remarkable individual who lives a few houses away from me in Cotuit.

Conrad, in addition to making composting toilets, builds fast Cotuit Skiffs and has an aquaculture grant off of Cotuit’s Sampson Island where he raises quahogs. He also installs solar panels. A very cool person. 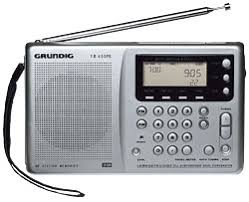 Google is taking a stand at a very interesting time when privacy and basic rights are under assault. I admire a corporation, especially one that isn’t journalistic (who are expected to take these kinds of stands, but seem to do so less often these days), that can do the right thing for its customers.

The Sunday business section of the New York Times carries a good examination by Tom Zeller of the "Millennial Generation", those born between 1980 and 2000 (the first generation to be born into a world where PCs were assumed, not introduced, unlike my generation which used typewriters in college and adopted PCs in our 20s). The piece is somewhat pedantic in discussing this new demographic’s infatuation with digital media, instant messaging, social networks, gadgets, etc..

Yet it is worth a read because of the insight that in four years this group will outnumber boomers and GenX.

"…every time you turn around there’s something new on the horizon. And this group, as we’ve been noticing, is kind of the arbiter, quickly determining whether things are hot or not."

The question, for marketing, is the influence of this group on promulgating discoveries to the other demographics. Will a Facebook ever emerge for boomers and seniors? Will Flickr become the favorite of grandparents seeking pictures of the grandchildren? Will text messaging catch on with executives the way instant messaging has permeated corporate communication channels?

Apologies in advance to non-Times Select members trying to find the piece.

I’m not a barbeque addict — waxing passionately about dry rub vs. wet, Memphis vs. K.C. — so figuring out Carolina BBQ is probably wasted on me. However, being the obsessive compulsive that I am when it comes to diving into the local experience and being Roman while in Rome, I did a Google Map search for BBQ near my office, found a joint a couple miles away, and decided to launch the BBQ boat before exploring for an apartment.

The place was Lewis Bar-Be-Que on NC 55. The place was empty which I didn’t take as a great sign (to be fair it was after 2 pm, so the lunch rush was over) , but the place felt funky which was a nice break from the complete barrage of fast food that surrounds me down here. Papa John’s, Chick-N-Fil, The Colonel, and fancy versions of McDonald’s called "McCafes". The menu at Lewis’s wasn’t very complicated, so I figured I’d go in and say, "Hey, I have no clue what to order. What should I get? I’m from the North and I’m an alien" or just go for it.

I kept it simple and went for: "A barbecue sandwich please."

The lady found a hamburger bun, went to the steam table, scooped some pulled pork (essentially pork shoulder stewed a looong time until it falls apart) and asked me if I wanted "slaw."

Sure. Coleslaw. My side dish. She plopped a big green blob on top of the pork, put the lid on it, and wrapped it up. Okay. So the coleslaw is on the sandwich, not next to it. No big deal. So I squirted extra sauce on the thing and sure enough, the unique attribute of Carolina BBQ made itself known — it’s vinegar based, not tomato. So a ton of the stuff soaked in, but that’s not a bad thing.

I scarfed it in the parking lot while reading the map for my next destination. It was very good. Not earthshattering, like the Hunan smoked ham at Brandy Ho’s in San Francisco, but not bad. Good enough to do again and good enough to blog about.

Tomorrow I continue the apartment-and-best BBQ search. The apartment situation is … well … put it this way, I haven’t lived in an apartment since I was 34. The landscape down here — and to be fair, it is winter — is sort of like Nashua, NH without snow (and my nickname for Nashua is Nausea). Lots and lots of pine trees. Big pine trees. Brown grass, swampy little creeks, no real hills, certainly no vistas. So, one doesn’t shop on the basis of view, but amenities. I looked at very new "planned" communities around Brier Creek, places that have seen better days around Lake Lynn, and places that are possibilities. The whole affair is tedious. Furnish or unfurnished? Spartan for just me, or sumptious for my wife and son? The prospect of furnishing a place is discouraging. I need a tent with Internet as far as my creature comforts are concerned. I need to build a decision tree for what I need an apartment and why. Other than sleeping, bathing, and eating, the primary attribute is a closet I can park my stuff in. On a cost basis, I can continue the itinerant life-style in extended-stay studios such as the one I am in now, but that builds in some stress in moving my stuff back and forth every weekend.

I need to drive out of the suburban areas and find the country side. I’ve never been a fan of the angry suburbs. -I need some funk, so tomorrow I go to the college town of Chapel Hill to look for people who prize a good cup of coffee, a decent bicycle mechanic, and a big bookstore.

The tools for finding a place are actually kind of interesting. I found Rent.com (an Ebay company) which is sort of a apartment management company listing service that is slick and shows all sorts of great living experiences in a nice search engine. Then I run the marketing version through apartmentreviews.com and discover that one lakeside complex I visited had a murder occur on its premises last month. Nice.

The reviews people leave are funny at first, but after a while it’s all complaints about the management, the missing maintainance men, the dog poop, the loud music, the guy downstairs who smokes.

Oh well, short lease, furnished if possible, and be done with it.